You want to buy a tool with a reciprocating blade, but you can’t make up your mind? Well, you came to the right place. In this article, we are going to compare reciprocating saws (also known as saber saws) and jigsaws. By the end of it, you will be able to make a reasoned decision.

When comparing tools, most of the times the decision comes down to what you need to do with that tool. This case is not different. You should get a reciprocating saw if you need a tool for heavy-duty activities that don’t require much precision, like demolition work and pruning. On the other hand, a jigsaw might be better for you if you need a versatile saw for woodworking and home improvement projects, where precise cuts are required.

That’s the short answer. If you want to learn more about these two tools and their differences, don’t miss the rest of the article.

What is a Reciprocating Saw?

Reciprocating saw are mainly used in construction for cutting a variety of materials (wood, nailed wood, drywall, metal, bricks, etc.). Each one of them requires a certain type of blade (we will talk about blades in detail later on).

They are good for heavy-duty kind of jobs, in which working capacity is put ahead of accuracy. This is especially true for demolition work, which is a rough job that usually needs to be done as quickly as possible at the cost of precision.

What is a Jigsaw?

A jigsaw can be described as a smaller version of a saber saw. The cutting action is achieved with a smaller reciprocating blade than a saber saw. This kind of saw can be used on various materials like wood, metal, and plastic, pretty much like saber saws.

The difference lies in the application: jigsaws can perform more accurate and clean cuts than saber saws. Thus, they can be used for fine woodworking, where curved and intricate cuts are required. Other than that, a jigsaw can also find usage in a lot of home improvement projects.

What are the Differences Between a Reciprocating Saw and a Jigsaw?

Now let’s get to the core of the matter and discuss the differences between the two. If you don’t have the time to read all of them, at least check out the section dedicated to their different uses. As I said before, that’s the most important thing to evaluate when making a buying decision.

There are some similarities and some differences regarding their design. Let’s start with the similarities. The biggest one is the fact that their action is based on a push-and-pull movement of the blade. Both of them can be either corded or cordless. Regarding this matter, you need to take into consideration that cordless saber saws tend to be smaller and less powerful.

As I said, there are some aspects of their design that make them different. I will point out a couple of them which are key. First, jigsaws come with a single handle. Since they are small tools, they can be used with one hand safely.

Saber saws are bigger and more powerful tools. That’s the reason why they need to be handled with 2 hands. Usually, there’s a grip located where the trigger is, and another one is closer to the blade. There are some smaller models that are single-handed, like the Hackzall produced by Milwaukee.

Secondly, blade positioning. A jigsaw blade comes out from the base of the saw, which is large and stable. This type of positioning guarantees more control over the cutting action, and thus the results are very accurate.

Let’s talk about saber saws now. In this case, the blade comes out parallel in front of the tool. That makes it more challenging to control it, therefore the results are less precise. That’s not a big deal if you think about a reciprocating saw’s applications.

Jigsaws come with two types of blades: U-shank blades and T-shank blades. U-shank is the traditional blade type for jigsaws. They required to be fixed on the tool and this made the swapping process painful. To speed up the blade change, Bosch came up with T-shank blades, which can be snapped in place easily (very similar to a drill bit change). Jigsaw’s blades come in a variety of materials and tooth count, and each one of them is suited for certain applications. In general, harder materials require stronger blades. There are 4 possible blade choices:

As you can see, there’s some overlap between jigsaws and saber saws blade types. In general, reciprocating saw’s blades are longer and thicker, because they have to perform a heavy-duty kind of job without breaking. Here’s a picture of some possible saber saw blades you can get: 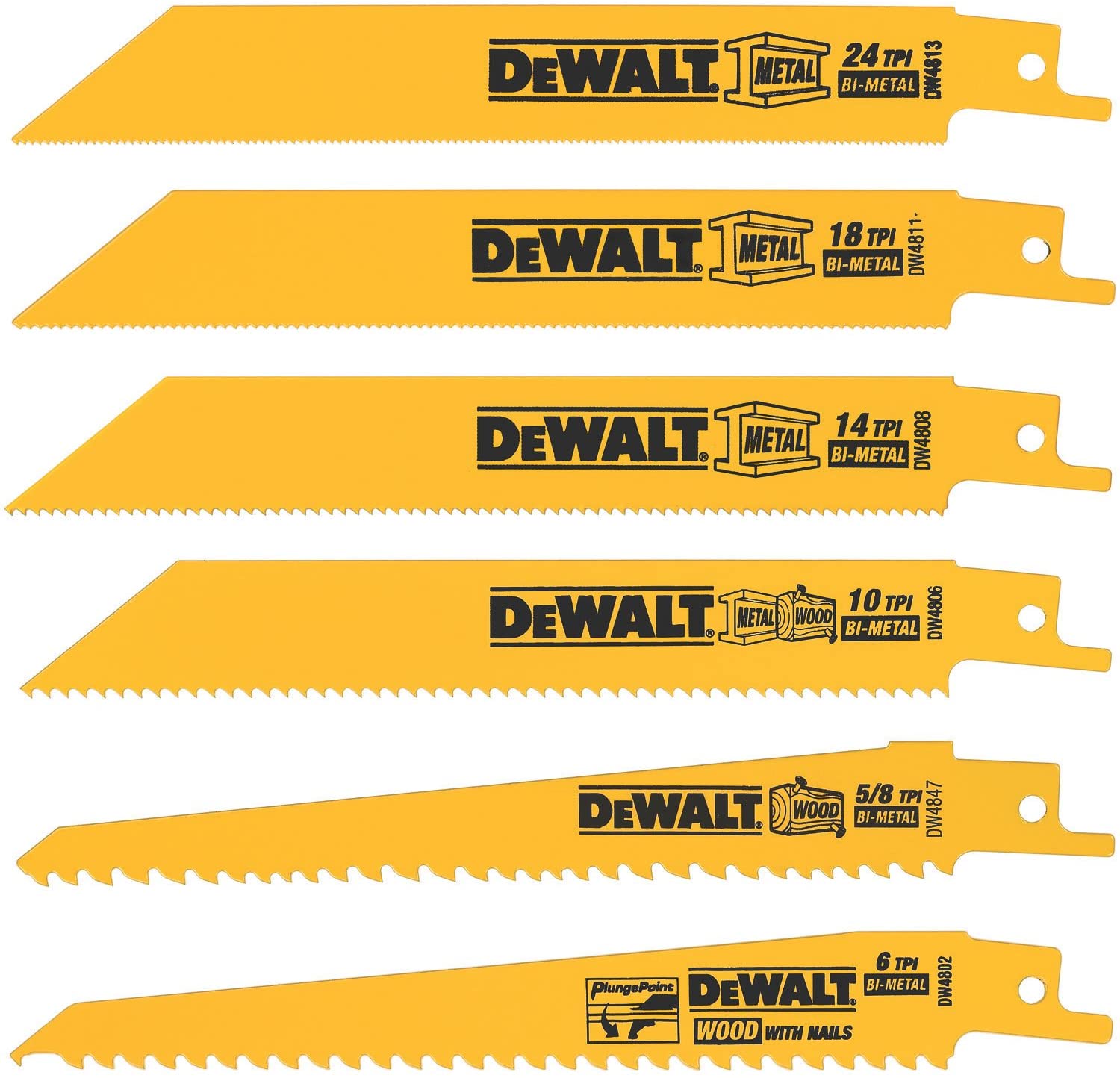 As we already said before, jigsaws can be used on a variety of materials, and the results are usually pretty good. They perform to their best when used for woodworking, where they can do most of the cuts you will ever need for your project.

What types of cuts are we referring to? We are talking about bevel and miter cuts, straight or curved cuts, crosscutting, and even rip cutting to an extend. You could also make precise plunge cuts. The base of these tools is usually sturdy and solid, giving a lot of support when cutting.

Reciprocating saws can also perform a variety of cuts, but the result will be pretty rough. You can’t cut precise curves, for instance; and forget about precise shaping cuts. Why is that? First, they suffer the absence of a large sole plate. Unlike jigsaws, they only have a small foot that doesn’t offer much support. In addition to that, reciprocating saws are also more powerful, so it’s hard to cut along a certain line.

Some of these saws (both reciprocating saws and jigsaws) include a feature called “orbital action” or “oscillating mode“. In that case, the blade moves not only back and forth, but also up and down, making an oval pattern. This allows even quicker cuts, at the cost of some accuracy.

This is the main thing to look at when buying a tool. We already touched this matter in the previous paragraphs, but let’s go into details even more.

Let’s start by listing the most important jigsaw applications:

Reciprocating saws share a lot of uses with jigsaws, plus some specific ones:

Let’s compare the power and speed output of these two saws.

Jigsaws come with a 5 to 7 amp motor, and their blade moves at 3000 spm (strokes per minute). That’s a maximum value. Both jigsaws and reciprocating saws are in fact variable speed tools.

When it comes to speed, reciprocating saws are very similar to jigsaws: on average, we are talking about 3000 spm. The biggest difference lies in the power output. Sabre saws have bigger motors, normally ranging between 10 to 12 amp.

It is possible to get a battery-powered jigsaw or saber saw. However, cordless models have their pros and cons: the absence of a cord is convenient, but that comes with a cost. Batteries tend to dry out quickly; there’s usually a significant drop in performance when they start to discharge. Keep that in mind when using a cordless saw: always start with fully charged batteries for better performances.

In the end, while saber and jigsaw are pretty similar in speed, the power output is significantly different, in favor of reciprocating saws.

Tool Size and Comfort of Use

Jigsaws are more compact and light than saber saws. On average, they weigh about 5 lbs. They can be handled easily with only one hand, and they are not too tiring on the user.

On the other hand, Reciprocating saws are much bigger and heavier.  On average they weigh around 10 lbs, and they are about 20 inches long without considering the blade. Some versions are smaller and can be used with one hand. The majority of the models have to be used with both hands, and they can be pretty tiring if done for a long time.

If we take into consideration weight and dimensions, it’s easy to conclude that saber saws are less comfortable to use than jigsaws. The additional power comes with a cost.

Jigsaws are definitely one of the safest types of saw out there. They are very beginner-friendly.  It is easy to control them since their power is limited, and the blade is well protected by a large base. For additional ease of use, get a model with dust removal. That way, you will avoid dust building up around the blade, making it easier to follow a certain cutting line.

We mentioned how saber saws are much more powerful than a jigsaw. This additional power comes with a lot of vibrations that are transferred from the tool to the user. They make it way harder to control the saw, and that makes these saws less safe than jigsaws.

Most of the time, safety is just a matter of using a tool correctly. Check out this short video to get you started about correct saber saw usage:

Finally, Which One Should I Get?

You should get a reciprocating saw for the following reasons:

On the other hand, it might be better for you to get a jigsaw if one of these statements applies to you:

If you are a DIYer, a jigsaw will probably get more use from you. These tools are easier to handle and they are a good fit for a lot of small home improvement projects.

Reciprocating saws are more focused on heavy-duty work. They are mostly used in construction sites by professionals. On the other hand, if you are doing some demolition work in your house, or you have a lot of trees that require trimming, then you should consider getting one. Just keep in mind that their application is mostly limited to that kind of activity. 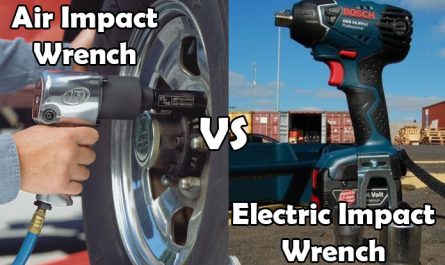 Electric vs Air Impact Wrench: Let’s Find Out What You Need 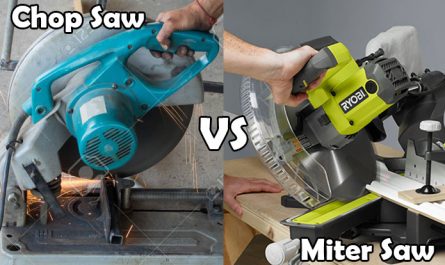 Chop Saw vs Miter Saw: Let’s Find Out What You Need