Let’s say you are dealing with an overheating engine. The first thing you do, you open up the radiator and see there’s not much liquid left inside. If you are not an expert, you might be tempted to top it up with water. That is what radiators contain, right? Well, that’s not completely true. Generally, there’s a mixture of water and antifreeze in there, which is called coolant.

So what’s the deal with coolant and water? Is putting water inside a radiator instead of coolant a good or bad idea?

Here’s the short answer: if you are in an emergency, putting water inside the radiator is fine. Dealing with an overheating engine is way more important. Keep in mind though, that’s just a temporary solution. By no means is water an adequate substitute to coolant for your radiator. You should replace water with coolant as soon as possible.

In this article, we’ll discuss the following points:

We’ll also go over some common questions about the matter at hand.

Coolant vs Water: Let’s Compare Them

Coolant is a mixture of water and antifreeze. The addition of antifreeze to the water makes its freezing point lower and its boiling point higher. This serves two functions:

Moreover, additives are usually added to the coolant, in order to prevent corrosion. They also help with rust formation, which would be inevitable if you used simple water.

These are the reasons why you should use coolant instead of water only.

How Much Antifreeze Does Your Car Need?

So we learned that coolant is made of both water and antifreeze. But what would be a good water/antifreeze ratio? It mainly depends on two factors:

As a rule of thumb, a 50/50 ratio is a good place to start. Adjust the percentage accordingly to the points mentioned before; you should also check your car’s manual, there should be some guidelines there. The highest ratio for extremely cold conditions should be 70/30.

So now that you have the right percentages, you need to assess how much fluid your cooling system can hold. Again, check the radiator and the car’s manual for information. Generally, they can hold about 5 liters of coolant, so in case of a 50/50 ratio, you’d need 2,5 liters of antifreeze (assuming the car radiator is empty).

How much Coolant to Top Up your Radiator?

What if your radiator is not empty, and you just want to top it up? Well, the process is rather simple:

If you frequently need to add coolant to your radiator, that’s a sign there’s a leakage somewhere. Make sure to check the hoses, the radiator itself, and its cap.

Can I Use Water Instead of Coolant in an Emergency?

As I mentioned before, putting pure water inside a radiator is fine, but only if it’s a emergency.  It shouldn’t be the norm, though. Motor engines reach higher temperatures than water’s boiling point, meaning that water wouldn’t last long without an antifreeze addition to it. Moreover, pure water doesn’t do a great job at keeping the engine cool.

Make sure to add antifreeze as soon as you can. Get your car to a mechanic too see why it overheats.

Can You Use Water Instead of Coolant in the Summer?

This is a common misconception. Many people think antifreeze is only used to avoid freezing, due to its name. In this article, you already learned that coolant doesn’t only prevent freezing, but also overheating. So it’s very important to always use an appropriate coolant, even during summer.

What Water to Mix With Coolant?

It’s time to destroy another myth. We learned before that using water is also bad to your radiator because of the minerals inside it, which cause rust and corrosion. That’s why coolants contain additives to prevent it.

If you follow this line of thought, you might think distilled water is the best possible water to put in your cooling system, because it has been stripped of all the minerals in it. Many people and mechanics suggest this. However, distilled water is actually bad for your car due to the mineral removal process.

It’s way better to use softened water to mix with antifreeze. Same as distilled water, softened water has no minerals left in it, but they have been removed with a different process which makes it safer for your cooling system.

Is It OK to Use the Same Coolant For Petrol and Diesel Engines?

It is also a good idea not to mix different coolants, since it can lead to increased corrotion due to incompatibility in their additives.

As you can see, putting water inside a radiator is suggested only if it’s a emergency type of situation. In any other case, use the proper coolant (either a premixed coolant or a mixture of water and antifreeze). Coolants are better than water for a variety of reasons: higher boiling point, lower freezing point, resistance to corrosion and rust.

If you prepare your own coolant, adjust the ratio to your needs, starting from 50/50. Always check the car’s manual for further indications, such as the coolant type, reservoir capacity, and water/antifreeze ratio. These information will come handy if you need to top up your radiator with coolant.

We also learned that softened water is the best for your engine’s health, and every engine needs a specifiy type of antifreeze/coolant.

Did you ever have to add water to your radiator in an emergency situation? Let me know in the comments below about your experiences regarding this issue. 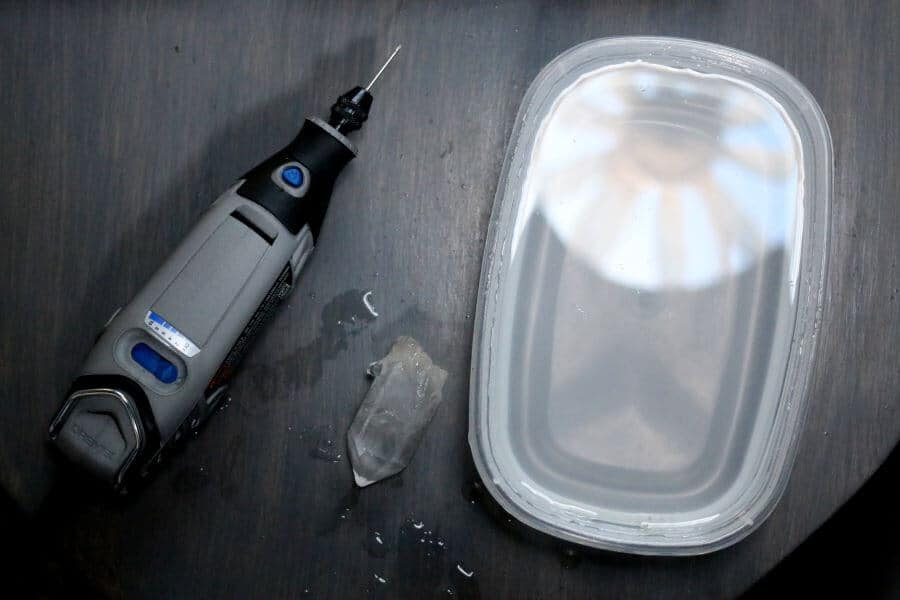